Your business is already underway and seems to be going from strength to strength. There are good sales; customers seem satisfied, the merchandise flows, but you don’t know how much you expect of net profit at the end of the year? So, this article interests you a lot. You must read it because it has no waste. 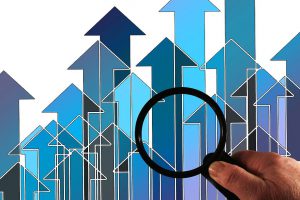 Profits are the main incentive in the business world, and obtaining the highest possible profitability is the ultimate goal of every business person. But the benefits are closely linked to other variables, such as costs and expenses; the art of managing seeks to harmonize between them.

The utility of a company is a financial indicator used to measure whether said undertaking; it generates sufficient benefits that give it sustainability or, on the contrary, it is producing losses; in other words, it is the profit obtained by your investment.

In the business and business environment, and more specifically, for convenience established in the generally accepted accounting principles, a differentiation is made in the concept of utility. That distinction is as follows:

Net profit at the end of the year

The net profit is the figure resulting from adding all the income and subtracting the expenses incurred during a fiscal year, twelve months, or a calendar year and is calculated at the end of this period. That is why there is talk of net profit at the end of the year. It represents the sum of money that will be distributed among the partners.

Now, how much money should you wait? That depends on many factors and circumstances, how effective your company has been, during the financial year that has just ended, and to which economic sector you dedicate yourself. Here are some examples. 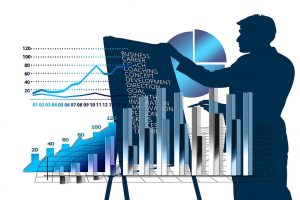 The gross profit margins in the clothing manufacturing industry are calculated at 48.46%, but when operating expenses are added; As rental advertising and others, the net profit margin is reduced to 8%. In such a way that if your company is in the field, managing between 7 and 12% is reasonable.

The equipment manufacturing industry stands at 31.98%, but because this sector demands enormous capital expenditures, its profit margin stands at just 6%.

The gross profit for the telecommunications sector is around 86.51%, but its net profit stands at 11% because it requires many general and operating expenses.

Another aspect to consider is the economy of scale. Large stores, for example, can afford to have a percentage of profit; Relatively low due to the volume of sales they handle, but a small business could not survive with the same margin.